1st time I met DAvid Carr he interviewed me. After one line he said: "Oh, I've heard all that before. Give me the real shit."Made me laugh.

Look, the nature of grieving is weird, how are you gonna judge how somebody grieves?  (but the typo?!) 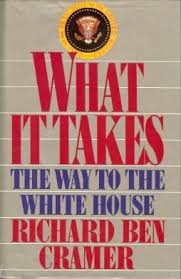 first got me to really thinking about this.

George HW and Barbara Bush lost a daughter to pediatric leukemia when she was four years old.  Cramer says that something like half of all couples that lose a child split up, because the ways that two people grieve can be so divergent and impossible, even offensive, for the other person to deal with.  The Bushes were determined not to let that happen to them (and they didn’t).

The instinct on Twitter to make someone’s death an opportunity for backhanded aggrandizement sets my nerves on edge.  I’m not sure why that particular thing gnaws at me so much.  Maybe because the whole point of the death of a noble guy, or death at all, might be to remind us how unimportant we are, or to encourage us to be better?

(Hardly a perfect model here: when SDB died I both wanted to talk about him and myself and also at the same time never talk about it.)

This dude David Carr was incredible, his death was shocking, the number of people he seemed to have touched directly is staggering.  In New York in 2009 I was talking to a girl who told me more or less unprompted about truly moving kindnesses and generosity David Carr had extended to her just out of excellence of character and goodness of spirit.

I’ll miss reading the guy’s stuff.  I was just reading his thing about Brian Williams because I’m sure he’d have something to say worth hearing.

Now this is a tribute:

rip david carr. loved "the night of the gun"

If you can only have one sentence of writing advice, go with this:

“Keep typing until it turns into writing”

If you are prepared for an intense experience on the subject of death and grieving, might I recommend the American Experience “Death And The Civil War”?

If you’re rushed for time, allow me to summarize: the Civil War was a tremendous bummer.