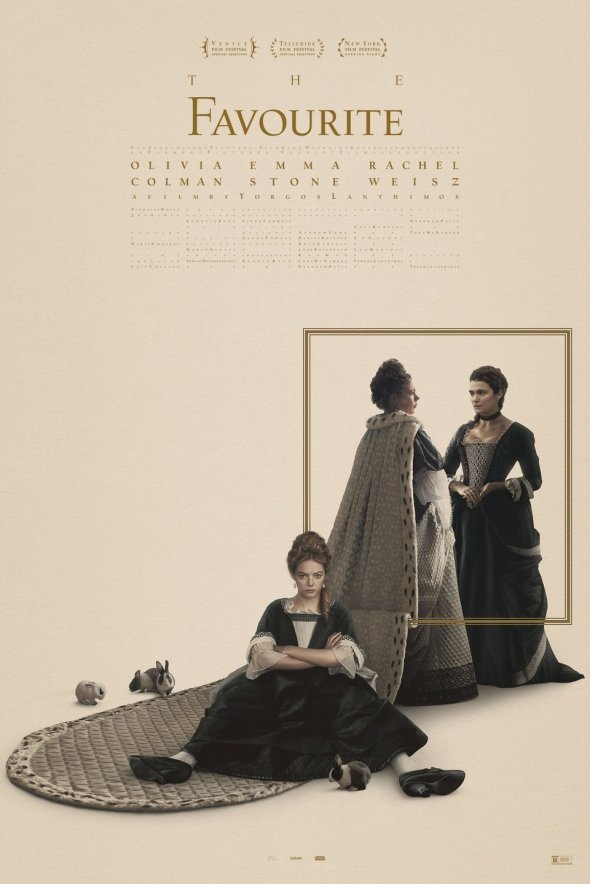 Finding myself with an unexpectedly free afternoon, I went to see The Favourite at the Arclight,

You rarely see elderly people in central Hollywood, but they’re there at the movies at 2pm.  While we waited for the movie to start, there was an audible electrical hum.  The Arclight person introduced the film, and then one of the audience members shouted out “what’re you gonna do about the grounding hum?”

The use of the phrase “grounding hum” rather than just “that humming sound” seemed to baffle the Arclight worker.  Panicked, she said she’d look into it, and if we wanted, we could be “set up with another movie.”

After like one minute I took the option to be set up with another movie because the hum was really annoying.  Playing soon was Mary Queen of Scots.

Reminded as I thought about it of John Ford’s quote about Monument Valley.  John Ford assembles the crew and says, we’re out here to shoot the most interesting thing in the world: the human face.

Both Saoirse Ronan and Margot Robbie have incredible faces.  It’s glorious to see them.  The best parts of this movie were closeups.

This movie has been re-released, with an intro from Spielberg, about the dangers of racism.

This movie knocked my socks off.  I forgot, since the last time I saw it, what this movie accomplished.

When the movie first came out, the context in which people were prepared for it, discussed it, saw it, were shown it in school etc took it beyond the realm of like “a movie” and into some other world of experience and meaning.

I feel like I saw this movie for the first time on VHS tapes from the public library, although I believe we were shown the shower scene at school.

My idea in seeing it this time was to see it as a movie.

How did they make it?  How does it work?  What’s accomplished on the level of craft?  Once we’ve handled the fact that we’re seeing a representation of the Holocaust, how does this work as a movie?

It’s incredible.  The craft level accomplishment is on the absolute highest level.

Take away the weight with which this movie first reached us, with what it was attempting.  Just approach it as “a filmmaker made this, put this together.”

Long, enormous shots of huge numbers of people, presented in ways that feel real, alive.  Liam Neeson’s performance, his mysteries, his charisma, his ambiguity.  We don’t actually learn that much about Oscar Schindler.  So much is hidden.

Ralph Fiennes performance, the humanity, the realness he brings to someone whose crimes just overload the brain’s ability to process.

What does it mean that Spielberg made a movie about the Holocaust and the two leads are both handsome Nazis?

*As a boy I was attracted to the history of Britain and Ireland as well as Celtic and Anglo-Saxon peoples in America.  The peoples of those islands recorded a dramatic history that I felt connected to.  They also developed a compelling tradition of telling these history stories with as much drama and excitement as possible eg. Shakespeare.

At a library book sale, I bought, for 50 cents a volume, three biographies from a numbered set from like 1920 of “notable personages,” something like that.

These just looked like the kind of books that a cool gentleman had.  Books that indicated status and intelligence.

One of this set that I got was Hernando Cortes.  I started that one, but even at that tender age I perceived Cortes was not someone to get behind.  The biography had a pro-Cortes slant I found distasteful.

Another volume was about Mary Queen of Scots.

Just on her name, really, I started reading that one.

Mary Queen of Scots’ life was a thrilling story, and this one was melodramatically told.  Affairs, murder plots, insults, rumor, execution.

Sometime thereafter, at school, we were all assigned like a book report.  To read a biography, any biography, and write a report about it.

Since I’d already read Mary’s biography, I picked her.

As it happened, I overheard my dad confusedly ask my mom why, of all people on Earth, I’d chosen Mary Queen of Scots as the topic for my biography project.  My dad did not know the backstory, which my mom patiently explained.

At the time the guys I thought were really heroes were probably like JFK and Hemingway. 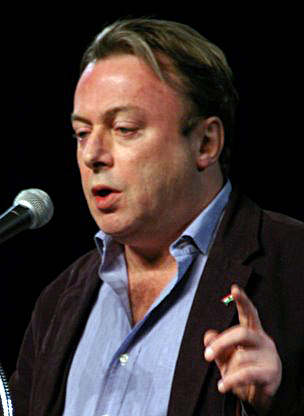 From the Times Literary Supplement, this remarkable sentence in Geoffrey Wheatcroft’s review of Christopher Hitchens posthumous book of essays:

Born to a dyspeptic, reactionary naval officer and a mother whose Jewish origins Hitchens only discovered after her tragic suicide, he was educated at a modest public school and Oxford University, where he delightedly embarked on a double life – radical agitation by day, sybaritic lotus-eating by night – which set the tone for the years to come.

I can picture it.

10.[Wes Anderson] became close friends with Owen Wilson because Owen Wilson just suddenly started acting as if they were close friends.
Anderson and his frequent leading man and sometime screenwriting collaborator took a playwriting class together at the University of Texas at Austin, but they didn’t hang out or talk. Then one day Wilson came up to Anderson in the corridor of a building in the English department. “We were signing up for classes and he started asking me to help him figure out what he should do, as if we knew each other. As if we had ever spoken before or knew each other’s names. I almost feel like he was taking it for granted that if we didn’t know each other yet, soon we would.”

(from Matt Zoller Seitz roundup of Wes Anderson trivia he learned writing his book.  Huge soft spot for MZS here at Helytimes from back when he was a heroic drum-banger for The New World)

(photo stolen from this mess)

I wish SDB were around to talk to me about Hunger Games.  I would definitely be exhausted long before he was even warmed up.

I read 1/2 of the Hunger Games book.  For that half, the book was “better” than the movie because there was much more backstory about Katniss and Peeta.

The book seemed to take place in a real, recognizable world.  I did not feel this way in the movie.  But if the movie were on that level of reality it would be too horrifying to make one billion dollars.

My favorite character was the Game Maker.

(photo from People Magazine’s website, where it is used to illustrate an article about “Why Wes Bentley’s ‘Hunger Games’ Beard Drew Stares Off Set.” The answer is because “while the beard’s futuristic design certainly fit in with the film’s stylized setting, it was less suited to rural North Carolina, where the cast and crew shot.”)

The Civil Wars won the Grammy for Best Country Duo/Group Performance and for Best Folk Album of 2012.  I’d never heard of them until then.  I’ll be impressed if you can get through one of their videos without getting massively douched out:

The duo’s web site says that the name of their band, The Civil Wars, and their thematic direction, is best summed up in the lyrics of the song “Poison & Wine”. It is about the good, the bad, and the ugly of married life.