A good one from Penguin.

Myself, I find stuff worth pondering in Gateless Gate:

(you can skip Mumon’s comment if you want, it’s not on the quiz)

Make up your own mind: 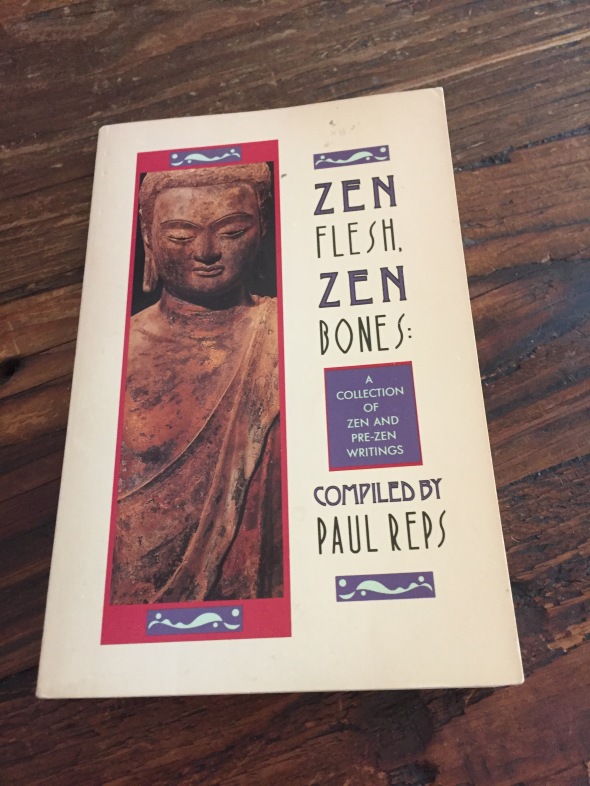 A Strange Tale From East of the River

My favorite book title of the year. 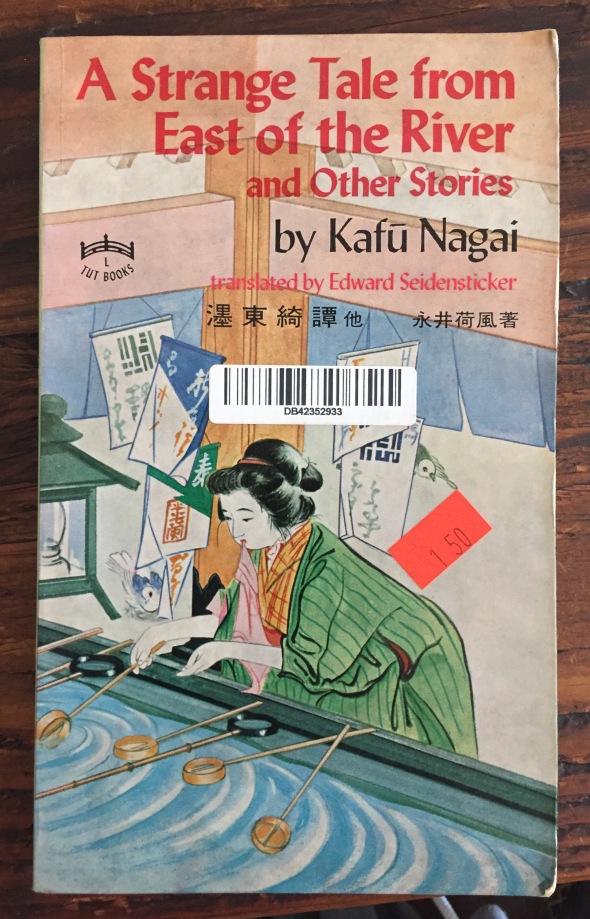 A lonely man meets a mysterious woman in a strange neighborhood of Tokyo.  Nagai – a proto Murakami?

From now on I will insist that it be noted in all foreign translations of my work that my English is somewhat eccentric.

A Trip To Japan 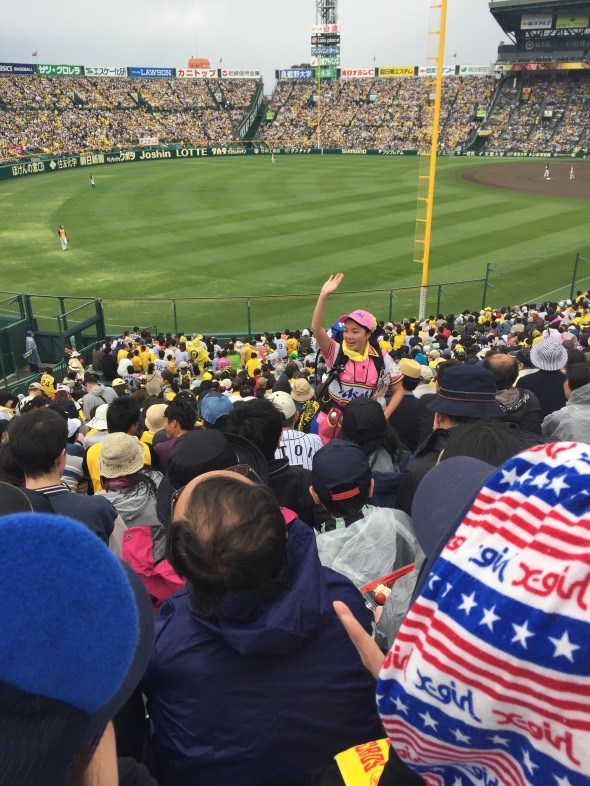 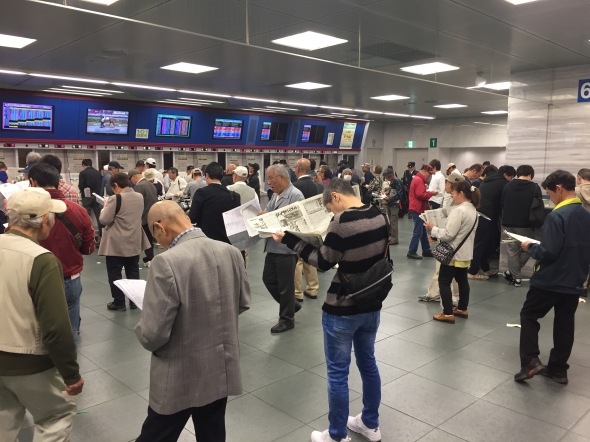 Let’s go to the mall

in the temple courtyard 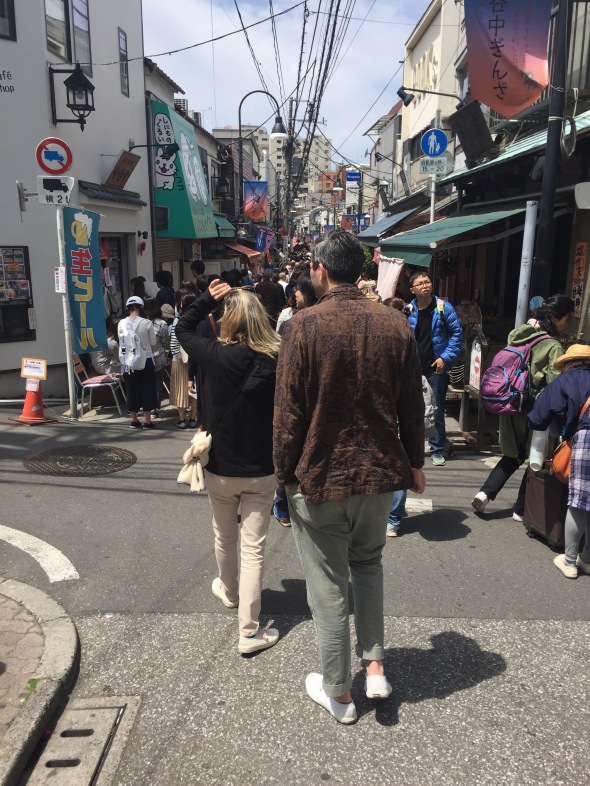 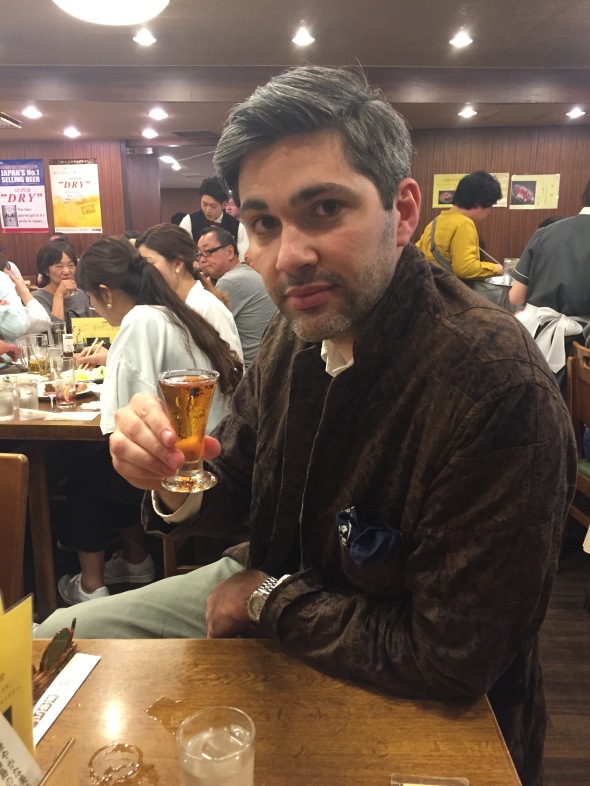 With this man as your guide?  Who could fail 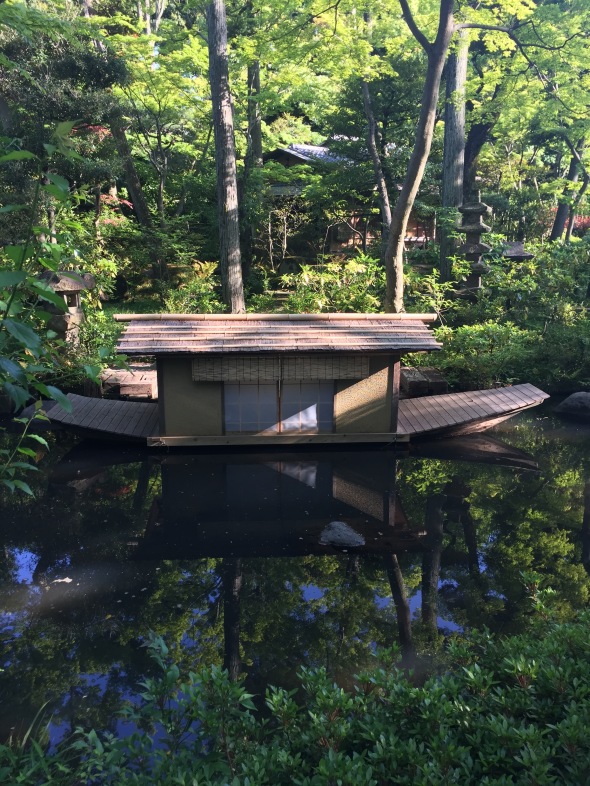 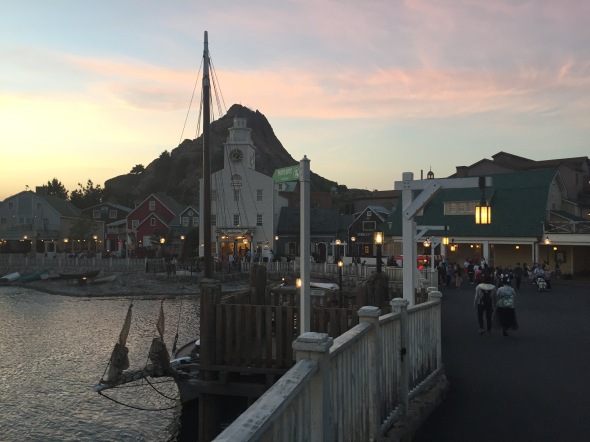 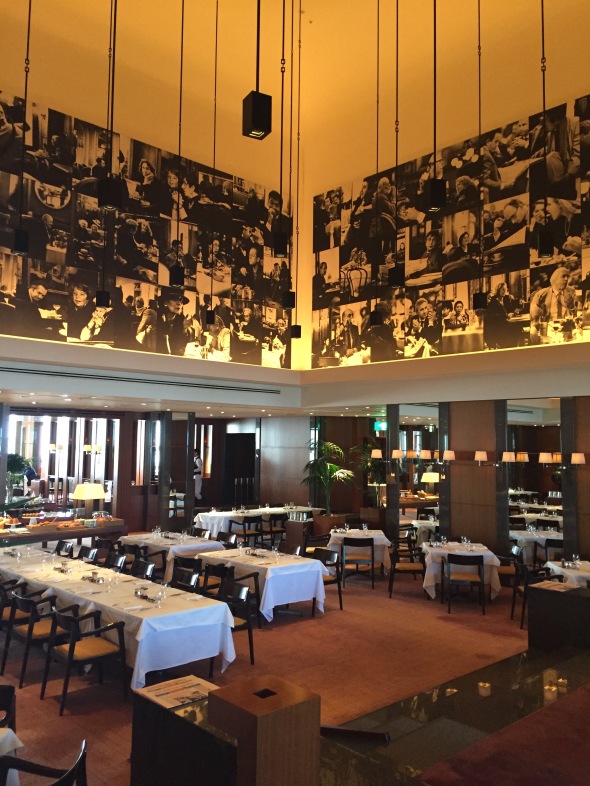 Burnt cedar fades as it ages.

This cat from a Murakami story. 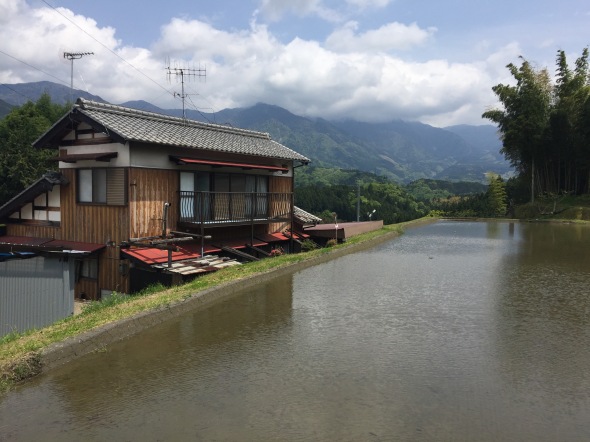 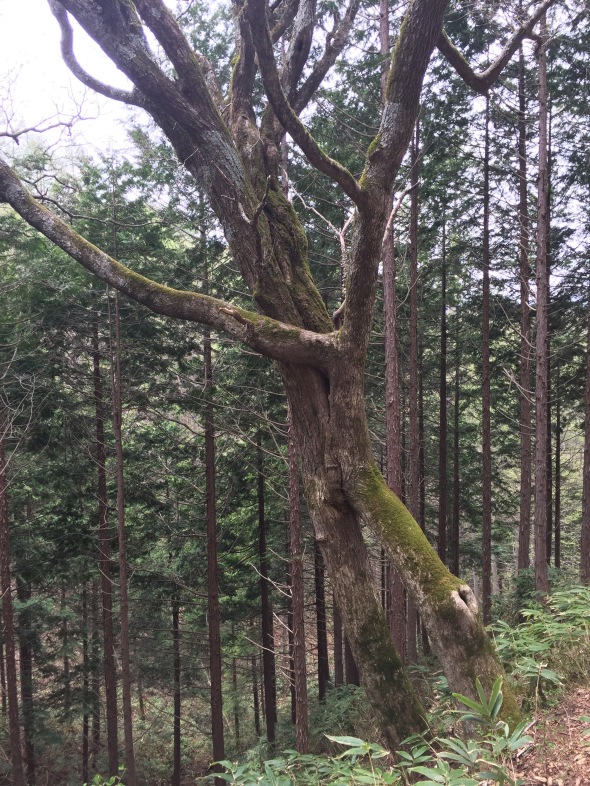 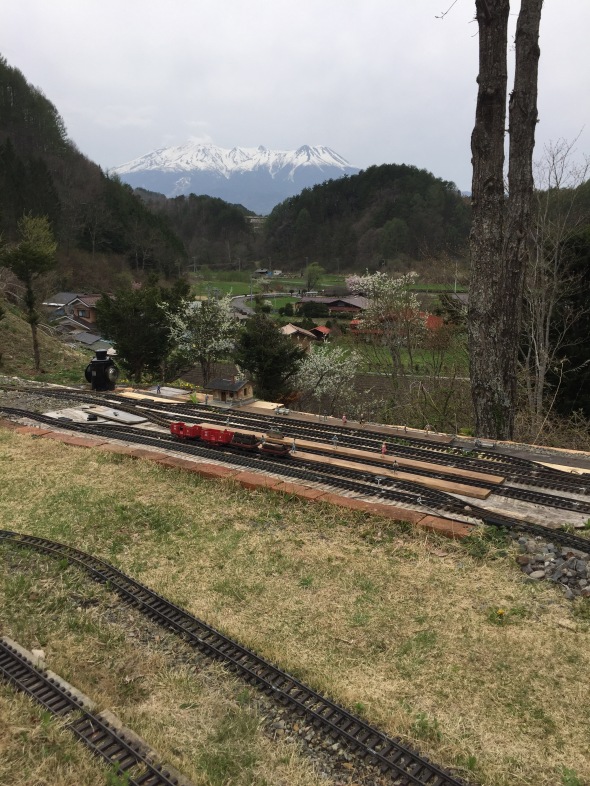 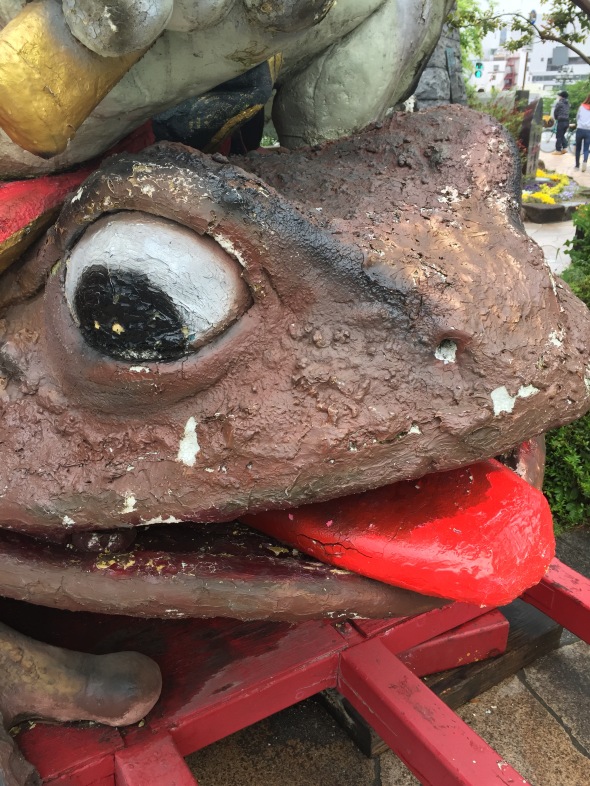 Asked an Osaka resident what was going on in Japanese comedy these days, and he directed me to Buruzon Chiemi. 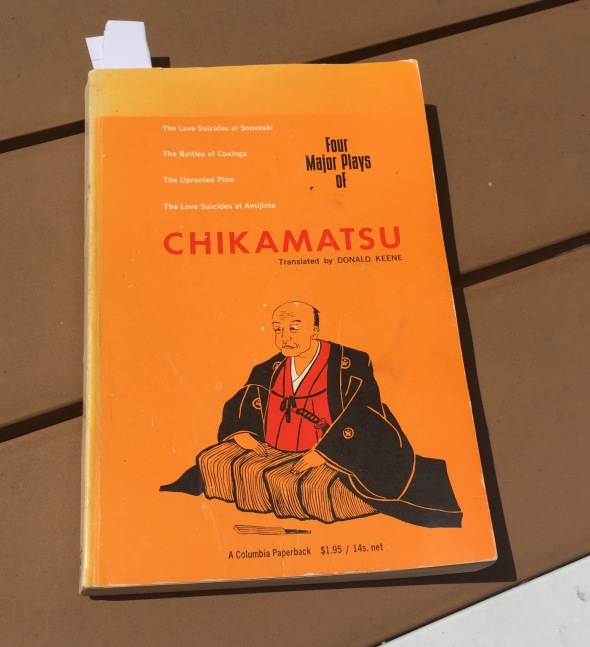 Donald Keene isn’t having any of this Japan’s Shakespeare business: 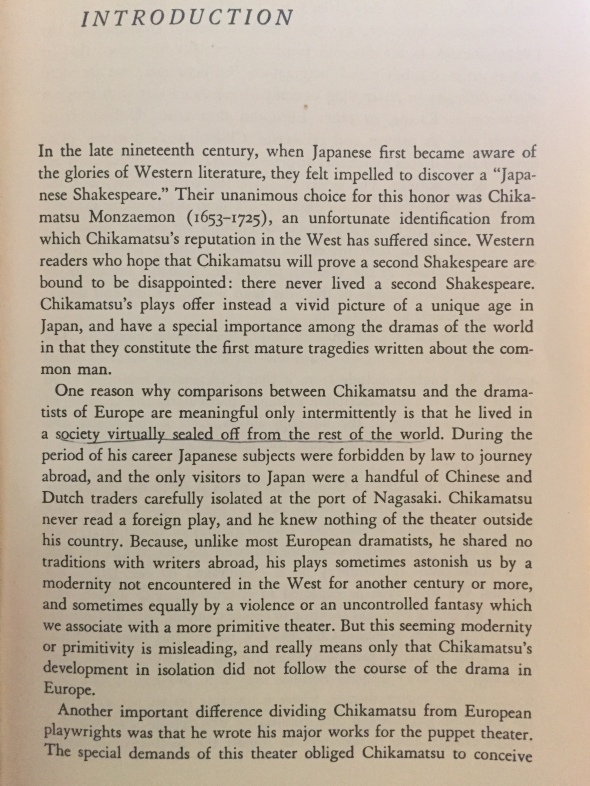 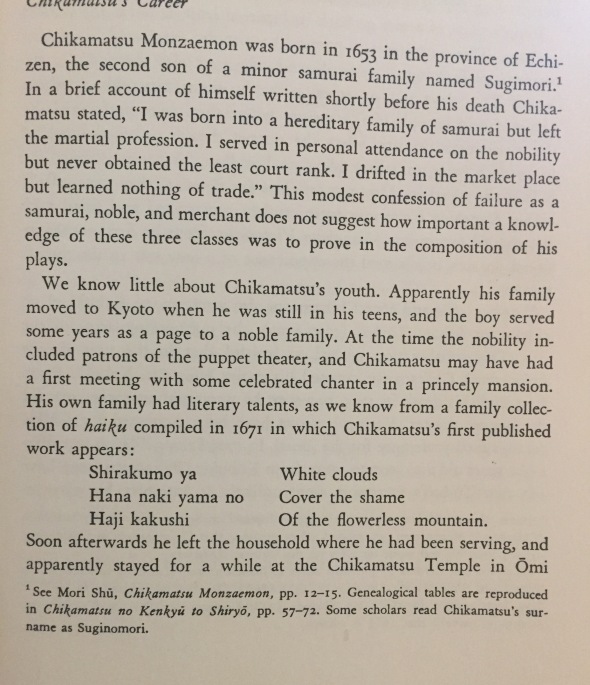 Bunraku is Japanese puppet theater.  It’s been around since the beginning of the 17th century.  The puppets are maybe three feet tall and are operated by people all in black.

Must credit young adult book The Master Puppeteer by Katherine Paterson for giving me some background in this bizarre art when I was a boy.

When I was in college the Awaji Island Puppet Troupe of Awaji Island came and did a performance in Boston.  I went to see it and only left with more questions.  Awaji puppets are similar to but not exactly bunraku.

Here we see Chikamatsu Monzaemon, who wrote at least 130 plays and is sometimes compared to Shakespeare.  Until 1705, he wrote kabuki plays, for human actors.  Then he abruptly switched to puppets.

Why did Japan’s greatest dramatist switch to writing plays for puppets?

The exact reason is unknown, although speculation is rife: perhaps the puppets were more biddable and controllable than the ambitious kabuki actors, or perhaps Chikamatsu did not feel kabuki worth writing for since Tōjūrō was about to retire, or perhaps the growing popularity of the puppet theater was economically irresistible.

Perhaps in Chikamatsu’s day the puppets weren’t really point, the point was the lyrics and the music, so you may as well have puppets instead of actors.

How cool would it be if Aaron Sorkin switched tomorrow to puppets?  Or better yet Shonda Rhimes?

“I only do puppets now!”

After the switch, Chikamatsu’s career followed an all too familiar path:

Chikamatsu’s popularity peaked with his domestic plays of love-suicides, and with the blockbuster success of The Battles of Coxinga in 1715, but thereafter the tastes of patrons turned to more sensational gore fests and otherwise more crude antics

I feel I’ve reached the end of what I can learn about this art form unless I actually go to the National Bunraku Theater in Osaka to see a performance of The Love Suicides at Sonezaki.

“Art is something that lies in the slender margin between the real and the unreal.” — Chikamatsu Monzaemon, Naniwa Miyage

Trying to help Filip and Fredrik out on their commedia del’arte question, I pull down my Oxford Illustrated History of the Theater.

There I learn the reason there are no female kabuki actresses:

The earliest kabuki performers were women, but later all roles, including female, were played by men.  This was because the government banned women from the stage in 1629, their policy being that nobody should follow more than one profession: this prevented women from being both prostitutes and actresses. 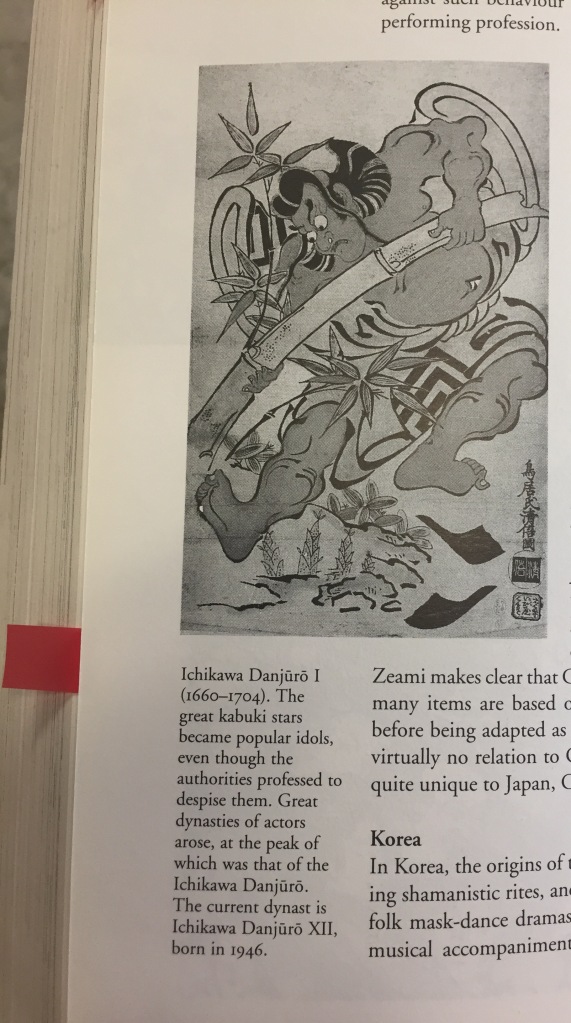 The War Between Mochi and Sake 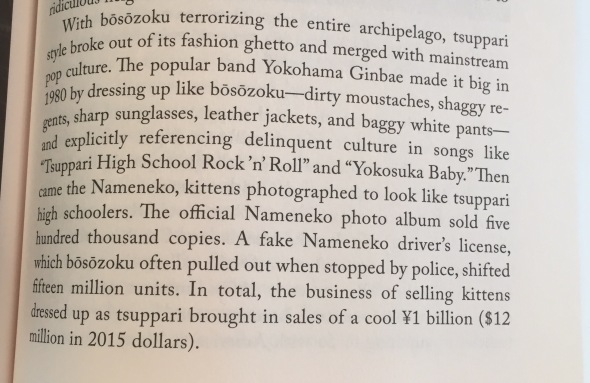 Would love to see a doc about the Farleys, who bought classic jeans across the heartland and sold them to Japan.

Is this a good definition?  From my Zen calendar.  Quick investigation suggests Buson was the real deal.

My friend Sammy on her Instagram posted some quotes from her boyfriend’s Zen calendar that were not helping.

Due to the turbulent times, Saigyō focuses not just on mono no aware (sorrow from change) but also on sabi (loneliness) and kanashi (sadness). Though he was a Buddhist monk, Saigyō was still very attached to the world and the beauty of nature.

Others elsewhere translate mono no aware as something like beautiful melancholy or a feeling of longing so agonizing it’s pleasure.

To be “heartless” was an ideal of Buddhist monkhood, meaning one had abandoned all desire and attachment. 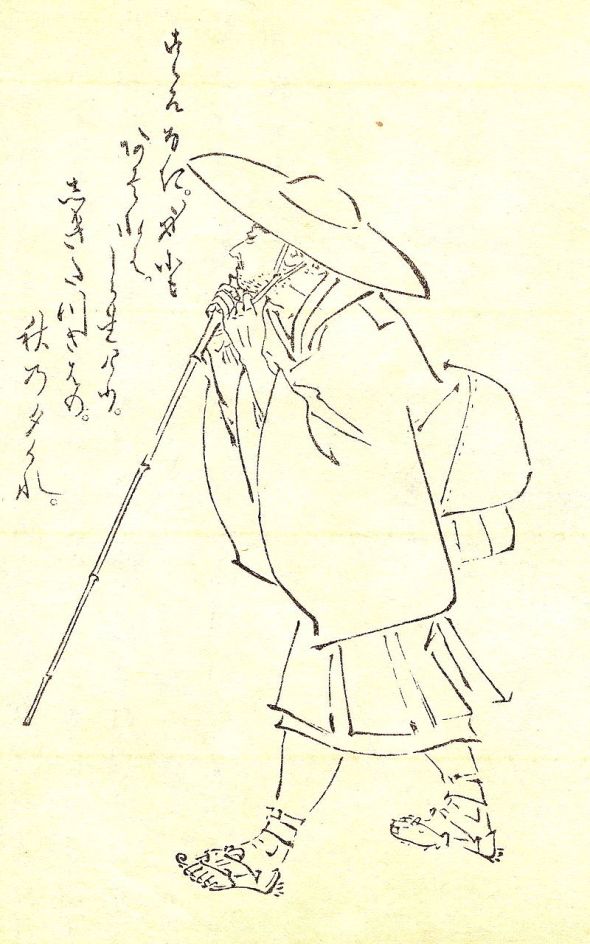 Above we see Saigyō drawn by Kikuchi Yōsai, famous for his monochrome portraits of historical figures. 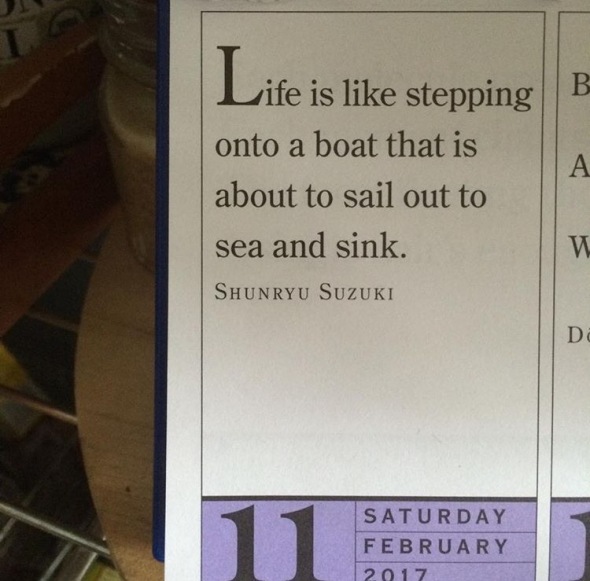