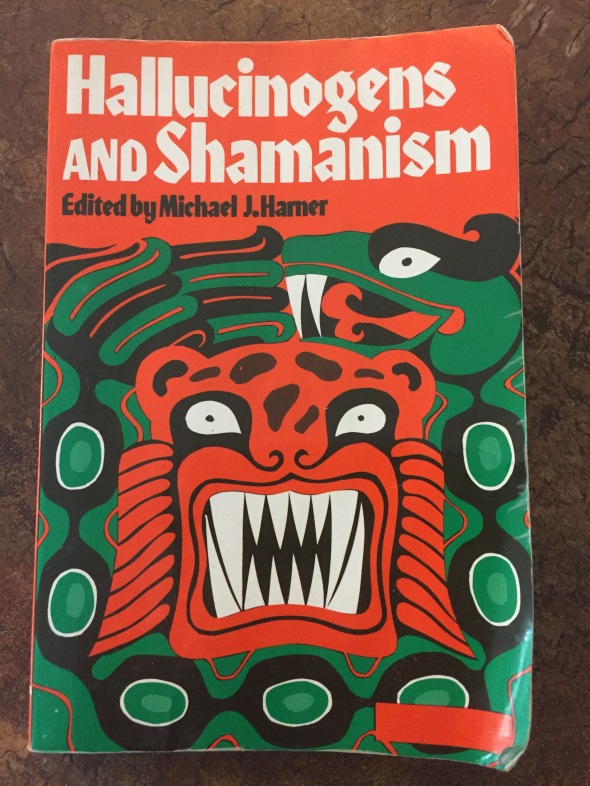 This collection of essays from 1973 gets an A+ on cover alone.

Undoubtedly one of the major reasons that anthropologists for so long underestimated the importance of hallucinogenic substances in shamanism and religious experience was that very few had partaken themselves of the native psychotropic materials (other than peyote) or had undergone the resulting subjective experiences so critical, perhaps paradoxically, to an empirical understanding of their meaning to the peoples they studied.  Most, although not all, of the authors in the present book are an exception…

When I first undertook research among the Jívaro in 1956-57, I did not fully appreciate the psychological impact of the Banisteriopsis drink upon the native view of reality, but in 1961 I had occasion to drink the hallucinogen in the course of field work with another Upper Amazon Basin tribe.  For several hours after drinking the brew, I found myself, although awake, in a world literally beyond my wildest dreams.  I met bird-headed people, as well as dragon-like creatures who explained that they were the true gods of this world.  I enlisted the services of other spirit helpers in attempting to fly through the far reaches of the Galaxy.  Transported into a trance where the supernatural seemed natural, I realized that anthropologists, including myself, had profoundly underestimated the importance of the drug in affecting native ideology.  Therefore, in 1964 I returned to the Jívaro to give particular attention to the drug’s use by the Jívaro shaman.

Yet the essay our reader found of most interest in this volume was was “The Role of Hallucinogenic Plants in European Witchcraft,”  also by Harner. The topic of witchcraft, European and American, has been of great interest to Helytimes. 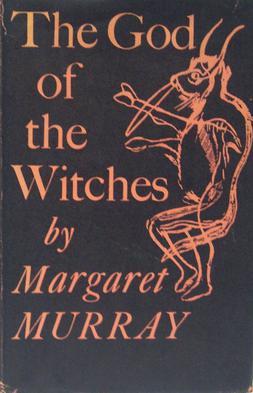 What was going on with the wild bursts of witchcraft persecution in medieval Europe and early colonial America?

A prevalent attitude among present-day historians and scholars of religion (e.g. Henningsen, 1969: 105-6; Trevor-Roper, 1969:90, 192) is that late medieval and Renaissance witchcraft was essentially a fiction created by the Church.

says Harner.  But what this essay presupposes is: what if it wasn’t?

Probably the single most important group of plants used by mankind to contact the supernatural belongs to the order Solanacæe (the potato family)… each of these plants contains varying quantities of atropine and the other closely related tropane alkaloids hyoscyamine and scopolomine, all of which have hallucinogenic effects (Claus and Tyler, 1965: 273-85; Henry, ,1949: 64092; Hoffer and Osmund, 1967:525-28; Lewin, 1964: 129-140; Sollmann, 1957: 381-98).

From here, Harner goes on to suggest:

As is familiar to every child in our culture, the witch is fantasized as flying through the air on a broomstick.  This symbol actually represents a very serious and central aspect of European witchcraft, involving the use of solanceaous hallucinogenic plants.  The European witches rubbed their bodies with a hallucinogenic ointment containing such plants as Atropa belladonna, Mandragora, and henbane, whose content of atropine was absorbable through the skin.  The witch then indeed took a “trip”: the witch on the broomstick is a representation of that imagined aerial journey to a rendezvous with spirits and demons, which was called a Sabbat.

The use of a staff or broom was undoubtedly more than a symbolic Freudian act, serving as an applicator for the atropine-containing plant to the sensitive vaginal membranes as well as providing the suggestion of riding on a steed

Historical evidence seems thin.  Harner presents a case from 1325, when a Lady Alice Kyteler was investigated in Ireland:

…in rifleing the closet of the ladie, they found a Pile of oyntment, wherewith she greased a staffe, upon the which she ambled and galloped through thick and thin, when and in what manner she listed.

Kyteler fled the country, but her servant was  flogged and burned to death.  Her house is now a pub: 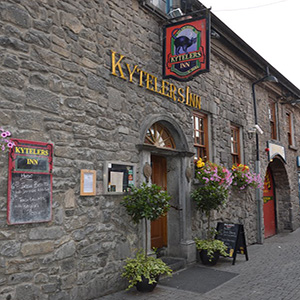 We ran this idea by one of our female editors, who pointed out that if you were going to apply some salve to your vaginal membranes, you’d probably use something a little softer than a broomstick, perhaps a vegetable.  The biodegradable nature of such an applicator perhaps explains why archaeological evidence is so scant.

Thought-provoking, in any case.

Before I knew it I was looking at the US Air Force’s photo archive specifically photos tagged “history.”

Several of the mission’s 16 B-25B bombers are lined up on the deck of the USS Hornet (CV-8). In the foreground is tail No. 40-2261, which was mission plane No. 7, piloted by 2nd Lt. Ted W. Lawson. The next plane is tail No. 40-2242, mission plane No. 8, piloted by Capt. Edward J. York. Both aircraft attacked targets in the Tokyo area. Lt. Lawson later wrote the book “Thirty Seconds over Tokyo.”
Note searchlight at left. (U.S. Navy photo)

Aviation history has never been a passion of mine but let’s just browse some of the highlights.  Pearl Harbor:

A report entitled “7 December 1941: The Air Force Story” compiled by the Pacific Air Forces Office of History obtained this photo of Wheeler Air Field taken by a Japanese Empire pilot to record the battle damage to the U.S. Air Forces Dec. 7, 1941.

Capt. Klinker was 27-years-old when she died April 4, 1975 when the first aircraft supporting Operation Babylife crashed. Klinker was the last nurse and the only member of the Air Force Nurse Corps to be killed in Vietnam. Capt. Mary T. Klinker was posthumously awarded the Airman’s Medal for Heroism and the Meritorious Service Medal. 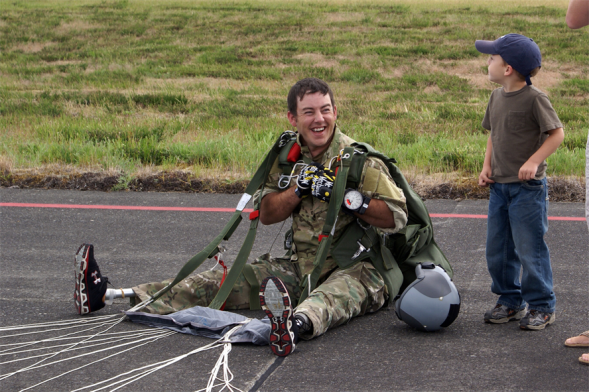 On June 21, 1921, U.S. Army Air Service pilots bombed the captured German battleship Ostfriesland to demonstrate the effectiveness of aerial bombing on warships. At the time, the ship was one of the world’s largest war vessels.

An explosion 95 years ago:

Basic cadets from the first Air Force Academy class line up for physical training here, the temporary location for the academy while permanent facilities were being constructed in Colorado Springs. (U.S. Air Force photo) 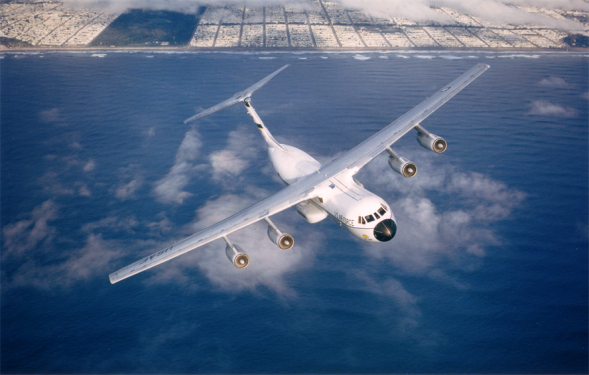 How about Betty Gillies?:

Mrs. Betty Gillies was the first woman pilot to be “flight checked” and accepted by the Women’s Auxiliary Ferring Squadron. Mrs. Gillies 33 years of age, has been flying since 1928 and received her commercial license in 1930. She has logged in excess of 1400 hours flying time and is qualified to fly single and multi-engined aircraft. Mrs. Gillies is a member of the Aviation Country Club of Hicksville L.I. and is a charter member of ’99, an international club of women flyers formed by Amelia Earhardt in 1929. (U.S. Air Force photo) 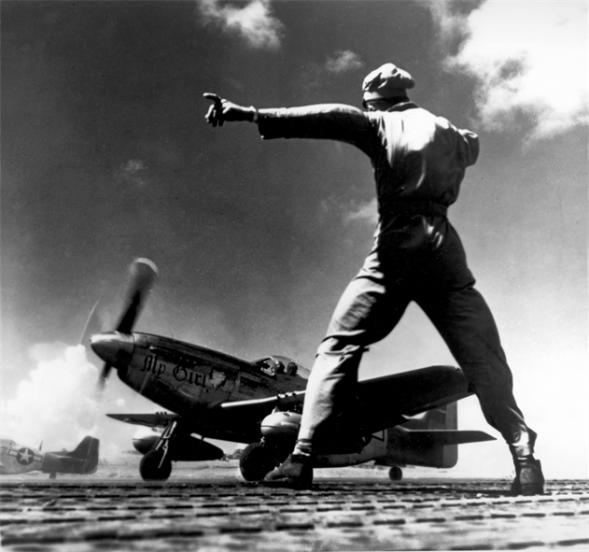 1940’s — A North American P-51 takes off from Iwo Jima, in the Bonin Islands. From this hard-won base our fighters escorted the B-29s on bombing missions to Japan, and also attacked the Empire on their own. (U.S. Air Force photo) 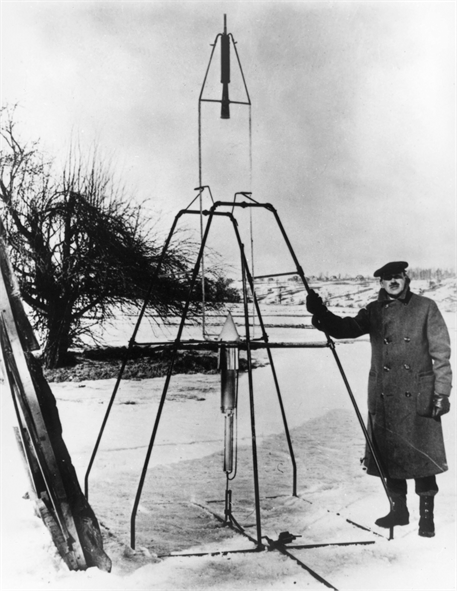 EARLY YEARS — Robert H. Goddard besides 1926 liquid- fueled rocket. The rocket is on top, receiving its fuel by two lines from the tank at the bottom. Goddard’s rockets made little impression upon government officials at the time. (U.S. Air Force photo)

That must be in New England someplace, believe it is near Auburn, MA:

Look, I’m not saying these Air Force photos are any Record Group 80: Series: General Photographic File of the Navy, 1939-1945, the Air Force wasn’t around yet.  But some of them are great.  I mean:

1950’s — Dr. John Paul Stapp was not only the “fastest human on earth;” he was the quickest to stop. In 1954, America’s original Rocketman attained a then-world record land speed of 632 mph, going from a standstill to a speed faster than a .45 bullet in five seconds on an especially-designed rocket sled, and then screeched to a dead stop in 1.4 seconds, sustaining more than 40g’s of thrust, all in the interest of safety.

The Hop A Long to the Rescue:

Can’t help but think of:

The Atlantic encourages us to start “Remembering Project Gemini”

Will do! That there is the same Intrepid that’s docked in the Hudson River, seen here some twenty years after surviving two crashes from kamikazes.