The Hockney thing at LACMA 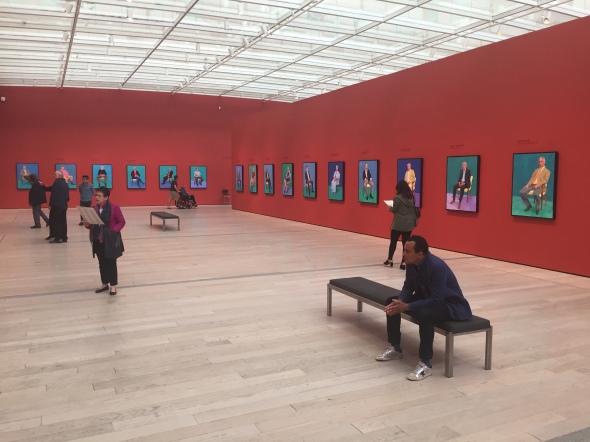 is cool.  Eighty-two portraits in one room, creates a neat effect.  Worth a visit if you’re in the area. 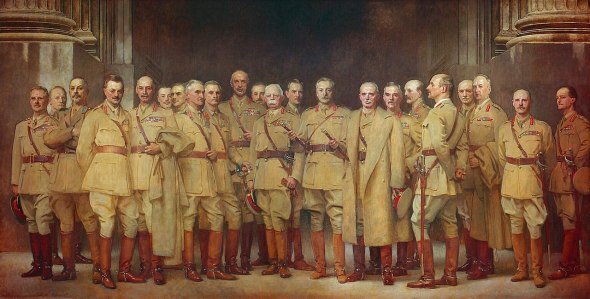 “I just don’t get it guys, why do we keep losing?”

Source and appropriate epic size, it’s at the National Portrait Gallery in London.

Said Sargent, while working on it:

the Generals loom before me like a nightmare… I curse God and man for having weakly said I would do them, for I have no ideas about it and I foresee a horrible failure

When Will You Marry?

What a title for a painting.  Heard of this Gaugin painting in an article about Qatar’s art scene.  Reportedly some Qataris bought it for $300 mill.  Says Wiki, back in 1893:

Gauguin placed this painting on consignment at the exhibition at a price of 1,500 francs, the highest price he assigned and shared by only one other painting, but had no takers.

Gaugin didn’t always crush it with his titles (Study of A Nude, etc) but sometimes he nailed it.  Here is Where Are You Going?

Of course best of all, Where Do We Come From?  What Are We?  Where Are We Going? at the good ol’ Boston MFA.

Charles Morice (fr) two years later tried to raise a public subscription to purchase the painting for the nation. To assist this endeavour, Gauguin wrote a detailed description of the work concluding with the messianic remark that he spoke in parables: “Seeing they see not, hearing they hear not”. The subscription nevertheless failed.

You can read about Geoff Dyer’s frustrating experiences with these paintings and Gaugin and Tahiti in:

I was bummed I missed that dude at the Melbourne Writers’ Festival, bet we could’ve had some laughs. 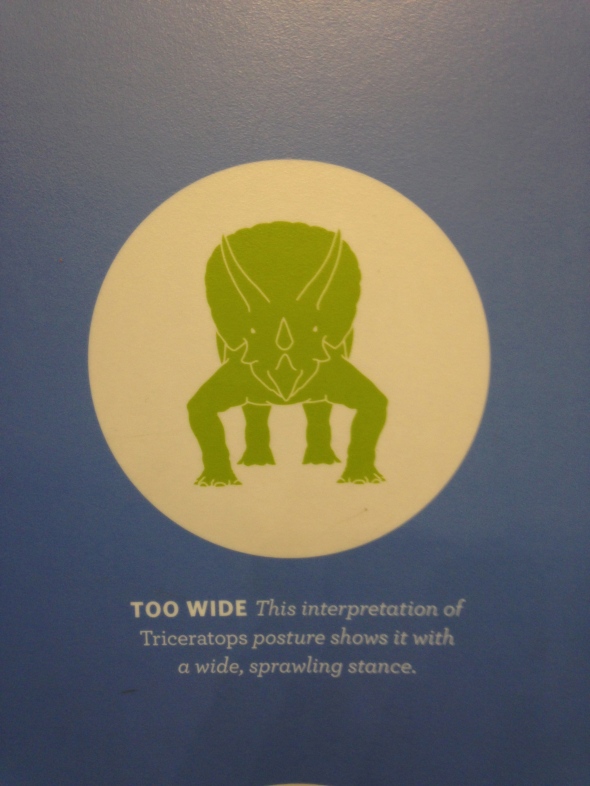 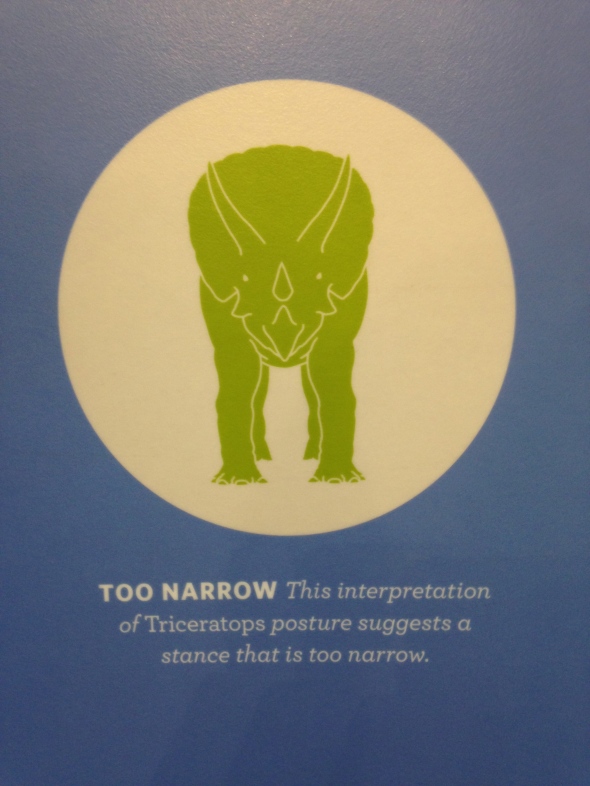 That’s today’s Artwork Of The Day.

Going through my closet to determine which are my leadership shirts.

At his death, Watson bequeathed the 1778 painting to Christ’s Hospital, with the hope that it would prove “a most usefull Lesson to Youth”.

Little did I know that the MFA version, which proved so useful to me in my own youth, was “a replica Copley made for himself.”

Not to worry, Brook Watson survived the attack depicted, and grew into this happy fellow:

A verse penned by one of Watson’s political enemies poked fun at his ordeal (and perhaps at his abilities):

Now, what does this have to do with the previous post? :

Three years later [Watson] was sent to supervise the expulsion of the Acadians from the Baie Verte area.

That one’s not on display over at the Met.  Gotta find his photos of the Outer Hebrides online.

Sometimes my friends from the North Shore of Massachusetts who live in New York get homesick and call me up, desperate for a solution.  Always I tell them the same thing!  “Go to the 760 galleries on the second floor of the Met!”

There you can see Childe Hassam’s “The Church at Gloucester”:

Then you can see “Stage Fort Across Gloucester Harbor” by our boy FHL:

“Thanks Hely!” they say.

Last stop on the Hemingway/Lillian Ross tour of the Met

We came to El Greco’s green “View of Toledo” and stood looking at it a long time.  “This is the best picture in the Museum for me, and Christ knows there are some lovely ones,” Hemingway said.

After we reached the Cezannes and Degases and the other Impressionists, Hemingway became more and more excited, and discoursed on what each artist could do and how and what he had learned from each.  Patrick listened respectfully and didn’t seem to want to talk about painting techniques any more.  Hemingway spent several minutes looking at Cezanne’s “Rocks – Forest of Fontainebleu.”  “This is what we try to do in writing, this and this, and the woods, and the rocks we have to climb over,” he said.  “Cezanne is my painter, after the early painters.  Wonder, wonder painter…

Wiki, close out Cezanne for us:

One day, Cézanne was caught in a storm while working in the field. Only after working for two hours under a downpour did he decide to go home; but on the way he collapsed. He was taken home by a passing driver. His old housekeeper rubbed his arms and legs to restore the circulation; as a result, he regained consciousness. On the following day, he intended to continue working, but later on he fainted; the model with whom he was working called for help; he was put to bed, and he never left it again. He died a few days later, on 22nd October 1906. He died of pneumonia and was buried at the old cemetery in his beloved hometown of Aix-en-Provence.

“What the hell!” Hemingway said suddenly. “I don’t want to be an art critic.  I just want to look at pictures and be happy with them and learn from them.  Now, this for me is a damn good picture.”  He stood back and peered at a Reynolds entitled “Colonel George Coussmaker,” which shows the Colonel leaning against a tree and holding his horse’s bridle.  “Now, this Colonel is a son of a bitch who was willing to pay money to the best portrait painter of his day just to have himself painted,” Hemingway said, and gave a short laugh.  “Look at the man’s arrogance and the strength in the neck of the horse and the way the man’s legs hang.  He’s so arrogant he can afford to lean against a tree.”

Coussmaker sat for Reynolds 21 times and his horse 8 times between February 9 and April 16, 1782 – an exceptional number of times.

Weighed in already but let’s get Hemingway’s take:

Mrs. Hemingway called to us.  She was looking at “Portrait of the Artist” by Van Dyck.  Hemingway looked at it, nodded approval, and said, “In Spain, we had a fighter pilot named Whitey Dahl, so Whitey came to me one time and said, ‘Mr. Hemingway, is Van Dyck a good painter?’ I said ‘Yes, he is.’ He said, ‘Well, I’m glad, because I have one in my room and I like it very much, and I’m glad he’s a good painter because I like him.’  The next day, Whitey was shot down.”

Raphael’s Santa Cecilia is supposed to have produced such a feeling of inferiority in Francia that it caused him to die of depression. However, as his friendship with Raphael is now well-known, this story has been discredited.

Here it is, anyway:

Go see that next time you’re in Bologna.  What’s that?  In no hurry to get to Bologna?  Perhaps Mr. James Salter can persuade you:

“It’s a specialty,” she said.  “All the various forms are called by the names of pasta.  Rigate, for instance,” she explained, “which is a pasta with thin, fluted marks.  For that the girls gently use their teeth.  When there used to be brothels there was always a Signorina Bolongese – that was her specialty.”

In July 1510 the ten-year-old Federigo Gonzaga was sent from Mantua to Rome as a hostage. On his way to Rome he stopped in Bologna, where Francia astounded everyone by painting and delivering his portrait in twelve days. The picture was subsequently taken to Rome for the admiration of the papal court and was only reluctantly returned to Isabella d’Este, Federigo’s mother. The fine execution of this famous portrait is typical of Francia’s best work.

– says the Met, where this painting is NOT ON DISPLAY.  Later in life, Titian would take a crack at Federigo:

“Here’s what I like, Papa,” Patrick said, and Hemingway joined his son in front of “Portrait of Federigo Gonzaga (1500-1540) by Francesco Francia.  It shows, against a landscape, a small boy with long hair and a cloak.

“This is what we try to do when we write, Mousie,” Hemingway said, pointing to the trees in the background.  “We always have this in when we write.”

Met’s Artwork of the Day drills it (to use a term frequently thrown around in Rob Lowe’s autobiography) today:

The family later moved to Newtown Square, Pennsylvania, where his father was the proprietor of the Square Tavern, still standing in that town.

So it is!  Regrettably it doesn’t look like you can have a drink there anymore.  LAME.